Snapshot of National Trends in the Social Economy 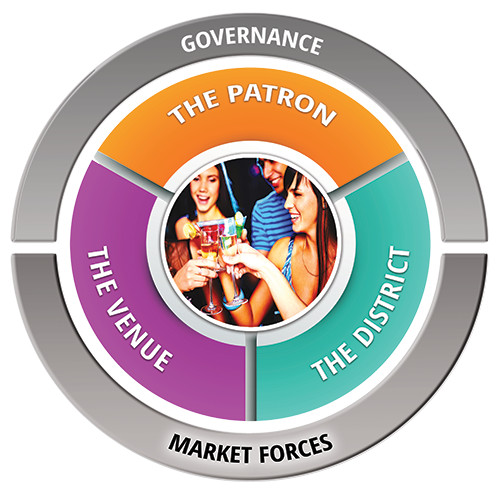 The COVID-19 pandemic either accelerated existing trends or created new ones – changing the way in which we socialize. RHI has compiled the following information based on news, research and reports from cities in RHI’s network. Learn about what’s in store for social venues and how patrons are adapting. Cities with nighttime governance structures may play a critical role in the future of the social economy worldwide.

COVID-19 changed how and where we socialize. The switch to remote work and loss of tourism and conventions impacted viability of hotels, restaurants and bars, especially in downtowns. As social economies recover, there is an opportunity to make entertainment offerings more diverse, inclusive and welcoming.

Social districts have seen a rise in gun violence, street parties and car racing since COVID. Police are the only safety agency deployed at night. Yet social unrest has spurred open hostility towards officers. Low morale and perceived lack of support have led police to retire and resign in record numbers.

Governments proved they could cut the red tape in a crisis. License and renewal fees halted. Alcohol to-go and home delivery became commonplace. Now is a time of reckoning to decide whether to keep the new rules. Offices of Nightlife and Night Managers lead advocacy efforts to support recovery of the social economy.

Bars, clubs and restaurants are making a comeback, but concert attendance remains slow. Vaccine passports or proof of negative tests are becoming the “new norm” to gain entry in major cities. Venues struggle with hostile patrons, less staff and supply shortages. Some patrons are still hesitant about indoor crowds.